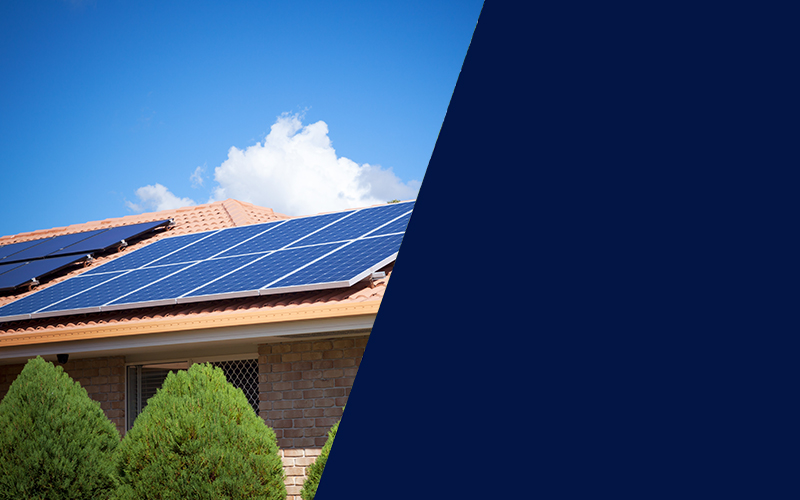 Our solar energy glossary offers a collection of key terms and phrases, explained simply and concisely. 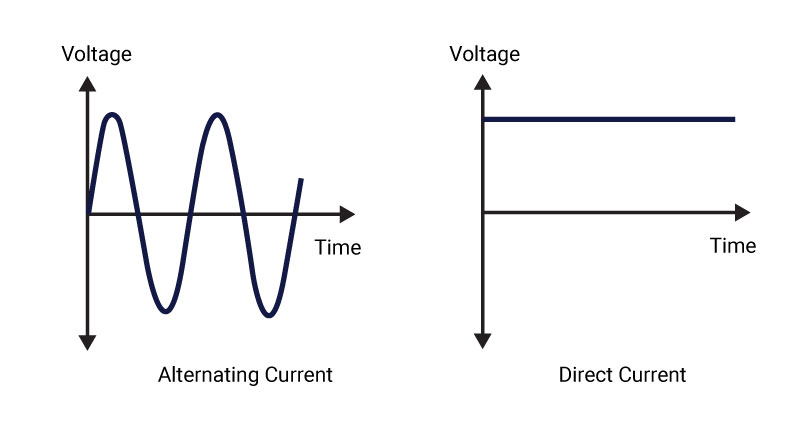 A mode of operation for the solar inverter that uses a battery or batteries to provide backup energy in the event of grid failure.

A device that is used to store energy using chemical reactions and has a positive and negative charge. Batteries store energy in DC form, and inverters convert the current to AC for general use. When selecting a battery for a PV system, a number of factors should be considered: (a) battery capacity should meet the household’s demand and the PV system’s production rate so that energy is not lost (b) the battery’s charging and discharging rate should be fast enough to meet energy needs (c) the battery should be warranted for outdoor and indoor installation.

The total amount of electrical energy a battery can deliver. Because many batteries can be damaged if they are completely discharged, a battery’s capacity is usually higher than its usable capacity. Battery capacity is measured in kilowatt hours (kWh), which shows how much total energy the battery can provide.

This refers to the way in which solar inverters are coupled with a battery. AC coupling converts solar energy to AC before converting it back to DC for battery storage, which results in lost energy and the inverter acting as an energy bottle neck. With DC coupling, the inverter directs energy directly from solar panels to batteries without converting it. DC coupling has multiple advantages, such as higher efficiencies and supporting PV oversizing.

A bypass diode, located in the junction box, allows underperforming solar panels to be bypassed in order to prevent them from dragging down the production of the other panels in the same string. This is a standard component in PV panels.

A type of electrical current that is produced by solar panels and used by batteries to store energy. DC flows in one direction through a conductor.

The capture of energy produced at one time for use at a later time. Households can use batteries to store solar energy generated by solar energy systems during the day for use during the evening. By storing energy, users can increase their energy independence, self-consumption, and the RoI of their PV system.

The output interface installed on the back of each solar panel. Each junction box includes a bypass diode that wires the PV panel connectors together and keeps the power flow going in one direction.

A way of calculating the cost of generating a unit of electricity from a specific energy production system. It is calculated by dividing the overall cost of the system (including operation and maintenance costs) by the number of energy units the system is expected to produce during its lifetime. In many locations, the LCOE of solar energy is lower than that of energy from the grid – this means that solar has reached grid parity.

Maximum Power Point Tracking is a used to maximize power extraction from PV systems. Since each panel performs at a different level, due to a variety of factors, MPPT is an algorithm that finds the maximum power point of the panels. For example, if the panels are soiled, covered in snow, leaves, or bird droppings, shaded, have a different manufacturing tolerance, or age at different rates, their energy production will vary. Some inverters perform MPPT at the string level, while other inverters perform MPPT at the panel level. String-level MPPT leads to panel-level mismatch which causes energy losses. However, when MPPT takes place at the panel-level, the energy loss from panel-level mismatch is eliminated.

The energy meter is a device that is used to measure and monitor production, consumption, and import/export of energy to the grid.

A PV panel, also referred to as a solar panel, is comprised of photovoltaic solar cells connected in a series. PV panels are installed on the rooftop where they absorb photons (light energy) to generate electricity. PV panels are connected in a string to form a complete solar-power-generating unit called a PV array.

PV inverters were originally developed to convert direct current (DC) generated by PV panels to alternating current (AC) for use in the home or to feed into the grid. One of the most common types of inverters is a string inverter, which performs both conversion and MPPT at the string level.

A solar energy monitoring system offers information about the performance of the PV system, such as, how much energy is produced, consumed, and fed into the grid. Without high-resolution monitoring, it can be challenging to understand the PV system’s performance. Monitoring increases a system owner’s insight into their PV system’s performance and helps them understand if something needs to be repaired. Furthermore, monitoring often allows for installers to perform remote troubleshooting, which means quicker problem-solving and higher system uptime. There are different types of PV monitoring – embedded monitoring systems, add-ons, monitoring at the string-level, and monitoring at the panel-level. panel-level monitoring provides the highest resolution insight.

When a household or business uses electricity generated by its own solar energy system, it is called self-consumption. Self-consumption can increase a PV system’s ROI, unless the system is in a net metering or FiT (feed-in tariff) market.

An inverter that connects to a string of solar panels. String inverters are among the more common types of inverters used in residential solar energy systems today. Standard string inverters perform both DC/AC conversion and MPPT at the inverter level. This means energy losses, limited monitoring capability, and lack of design flexibility. Depending on local safety standards, string inverters may also require the installation of additional safety equipment.

A type of alternating current (AC) in which all voltages vary in unison. Single phase power is the most common household power circuit. It is often used to power lighting, heating, televisions, and other appliances.

A type of alternating current (AC) that ensures constant power supply. Unlike single phase power where electrons travel through one wire, here the electrons move through three wires at slightly different times. Three phase power is usually used by electrical grids to transfer electricity, or to power industrial machinery, large motors and other heavy loads. While predominantly used for industrial purposes, three phase is also used in Australia to power large houses and businesses.
Off
Off