SolarEdge | Read more about each of SolarEdge's board members
Accessibility Button 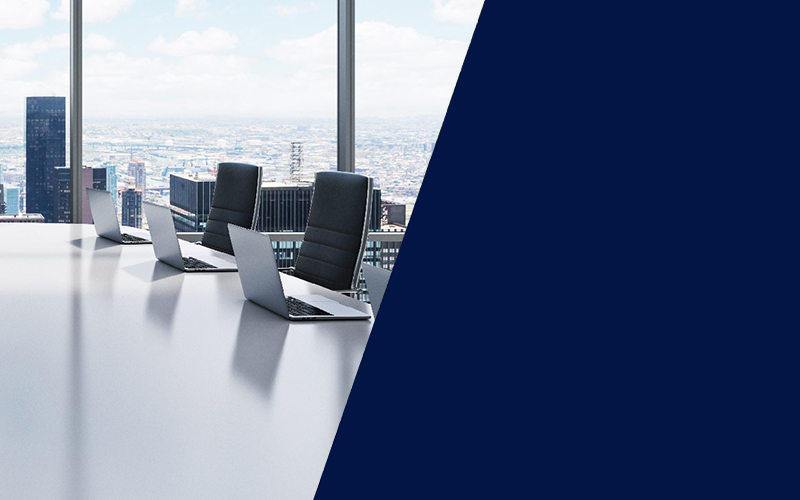 Nadav Zafrir joined our board of directors in 2019 and serves as the Chairman. Bringing twenty-five years of experience in management, cyber leadership, and technology innovation, Mr. Zafrir is a General Partner, Managing Member, Co-Founder and Chief Executive Officer (CEO) of Team8 and a General Partner of Team8 Ventures and a member of the investment committee. He previously served as the Commander of the Israel Defense Forces’ Technology Intelligence Unit. He holds an LLB from the Interdisciplinary Center Herzliya (IDC) and an Executive MBA from the Kellogg – Recanati program of the Kellogg Graduate School of Business at Northwestern University in Chicago and the Recanati School of Business at Tel Aviv University. Further strengthening the executive management, Mr. Zafrir has followed SolarEdge since its establishment in 2006 through its growth to market leadership and provides our board with valuable experience in business and technology.

Ms. Atkins is a seasoned business-woman and entrepreneur with two decades of experience serving on boards of public companies. She currently serves on the boards of Wynn Resorts (NASDAQ; WYNN), SL Green (NYSE; SLG) and Volvo Car Corporation (private). Ms. Atkins has a global, broad perspective on energy from her previous roles as Lead Director at SunPower Corporation (NASDAQ; SPWR), and Schneider Electric S.E (SU:EN Paris) as well as from her years of experience as an innovative founder of several successful high-tech, energy and consumer companies including, Ascend Communications and Clear Standards Inc.

Mr. Marcel Gani has served as a member of the board of directors since March 31, 2015. Since 2009, Mr. Gani has served as an independent consultant to various start-up companies, and between November 2009 and June 2010 acted as chief executive officer for New Pax, a private company. From 2005 to 2009, Mr. Gani lectured at Santa Clara University, where he taught classes on accounting and finance. In 1997, Mr. Gani joined Juniper Networks, Inc. where he served as chief financial officer and executive vice president from December 1997 to December 2004, and as chief of staff from January 2005 to March 2006. Prior to joining Juniper, Mr. Gani served as chief financial officer at various companies, including NVIDIA Corporation, Grand Junction Networks, Primary Access Corporation and Next Computers. Mr. Gani served as corporate controller at Cypress Semiconductor from 1991 to 1992. Prior to joining Cypress Semiconductor, Mr. Gani worked at Intel Corporation from 1978 to 1991. Mr. Gani holds a B.A. in Applied Mathematics from Ecole Polytechnique Federal and an M.B.A. from University of Michigan, Ann Arbor. Mr. Gani currently serves on the board of directors of Envivio Inc., where he is the chairman of the audit committee, and also serves on the board of directors of Inferna, where he is a member of the audit committee and the compensation commiteee. Mr. Gani brings valuable financial and business experience to our board through his years of experience as a chief financial officer with public companies and experience as a director of other public companies.

Mr. Avery More has served as a member of our board of directors since 2006. Mr. More was the sole seed investor in the Company through his fund, ORR Partners I, L.P., and has participated in all successive rounds. Mr. More joined Menlo Ventures in 2013 as a venture partner, and focuses on investments in technology companies. Prior to joining Menlo Ventures, Mr. More was the president and chief executive officer of CompuCom Systems Inc. from 1989 to 1993. Mr. More currently serves on the board of directors of Vidyo, Inc., QualiSystems Ltd., Takipi, BuzzStream and Intendu Ltd. Mr. More has specific attributes that qualify him to serve as a member of our board of directors, including his historical knowledge of our company and his experience as a director of other private and public technology companies.

Mr. Zvi Lando has served as SolarEdge’s Chief Executive Officer and as a member of our board of directors since 2020. Mr. Zvi Lando joined SolarEdge in 2009 as our Vice President, Global Sales. Mr. Lando had previously spent 16 years at Applied Materials, based in Santa Clara, California, where he held several positions, including process engineer for metal deposition and chemical vapor deposition systems, business manager for the Process Diagnostic and Control Group, Vice President, and General Manager of the Baccini Cell Systems Division in the Applied Materials Solar Business Group. Mr. Lando holds a B.Sc. in Chemical Engineering from the Technion, Israel’s Institute of Technology in Haifa, and is the author of several publications in the field of chemical deposition.

Ms. Payne has served as chief financial officer at Check Point Software Technologies Ltd. since 2008 and as Chief Financial and Operations Officer since 2015. Prior to joining Check Point in 2008, Ms. Payne was chief financial officer at Gilat Satellite Networks, Ltd., where she was responsible for strategic planning, development and leadership of the finance organization and held the role of vice president of finance for over five years. Before joining Gilat, Ms. Payne was employed at PricewaterhouseCoopers, from 1994 to 1999. Ms. Payne holds a B.A. in Economics and Accounting and an Executive M.B.A., both from Tel Aviv University. Ms. Payne is also a certified public accountant. Ms. Payne brings valuable financial and business experience to our board through her years of experience as a chief financial officer with publicly traded companies.